If you've received funding from the East Central Regional Arts Council (ECRAC) for an art project with an open to the public event you agree that the project will be publicized and advertised throughout the region (the 5 counties of Chisago, Isanti, Kanabec, Mille Lacs, and Pine, unless stated otherwise in the application).

Any publicity (such as news releases, advertisements, posters and programs related to the project) is the sole responsibility of the Grantee.

When promoting the open to the public component of your grant, grantees are required to use the logo(s), funding credit line, and hashtags (for social media use) as found in the Notification of Grant Award (NGA) Contract. Your NGA will include which of these funding credit lines you should be using in all promotions of your project

Below is a list of ECRAC's funding credit lines, logo(s), hashtags and press release tips. If your promotional material requires a high resolution logo for large format printing, contact ECRAC staff at grantinfo@ecrac.org 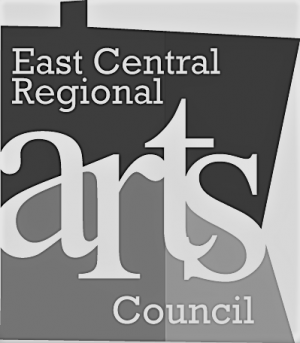 For all social media use include the following hashtag(s). If you're not sure which hashtag to use, look at your NGA. It will tell you what needs to be included when promoting your project on social media.

What is a press release?

According to Wikipedia, a press release, news release, media release, press statement or video release is a written or recorded communication directed at members of the news media for the purpose of announcing something ostensibly newsworthy. Typically, they are mailed, faxed, or emailed to assignment editors and journalists at newspapers, magazines, radio stations, online media, television stations, or television networks.

ECRAC encourages grantees to send out a press release as a means to share information about your art project with the public and make an announcement of your open to the public event.

How do I write a press release?

If you need help with writing your press release please let us know. We have a sample press release you may reference for assistance.

Who do I send my press release to?

ECRAC recommends that grantees send out press releases and/or public service announcements (PSA’s) regionally for their grant funded arts projects, using the distribution list found within the link below. Also, please remember that you must email your PSA’s to the ECRAC office so they can be added to the online calendar of grant funded events.

Does ECRAC have an example of a press release I can see?

Yes; if you need assistance writing your press release please let us know. We have a sample press release you may reference for assistance. Contact us at 320-396-2337 x1 or info@ecrac.org